This post contains affiliate links. If you make a purchase, I earn a small commission. I am only an affiliate for products that I use. All opinions are truthful and my own

I can’t wait to try these biscuit dough donuts! One of my fondest memories from my childhood was when my mother would take my sister and me to the bakery inside of the Giant grocery store. I would get so excited trying to pick out what I wanted. It always came down between my two favorite things, the vanilla cupcakes with yummy buttercream frosting that had a cute little acrylic monkey pick in it or a plain glazed donut that was as big as my head. They don’t make them like that anymore! Our mother also bought a bag of tea cookies for us to share later.  They were so pretty. They were little sugar cookies with a rosebud and leaf done in buttercream. I was one of those little kids that called the cake part “bread” and only ate the frosting. I think I was a teenager before I stopped doing it. My experience of getting to go to the bakery as a child is what started my love of cakes, cookies and decorating. I am a trained cake artist. I have always had a HUGE sweet tooth, but I won’t eat just anything because it’s sweet.

When I first heard of people making donuts (Leslie lately come here) out of biscuit dough. I thought “No way! That can’t be good!”. I stumbled across the idea on Pinterest which opened the gate of goodies made from refrigerated biscuit dough. Not only that but, sweet treats made with crescent roll dough. Oreos wrapped with crescent roll dough. Seriously? We will look into that on another date.

Click here to receive a printable copy of this recipe.

How could donuts be good made out of biscuit dough? Wouldn’t it taste like, well fried CANNED BISCUITS?? My friend Stacie said that her mother used to make them for her when she was a kid and they WERE GOOD. So this I got to see for myself. I am going to put these semi-homemade treats to the test! I have been a baker and cake decorator for a long time. So let’s see how these recipes add up against my yummy counterparts that I have been making for years. Are you ready? Let’s go!

Grab your meal planning printables! You will receive a week’s menu planning sheet and a grocery list checklist.

Things you will need

Make sure to have a pan to lay the donuts and holes on as you cut holes in them. Cut a hole in the middle of each biscuit using your donut hole cutter or do like I did, use a plastic lid off of a water bottle. Save the holes to fry them too.

Center the lid or donut hole cutter in the middle of each biscuit, push in and pop the center out.

Same for frying too. I thought the holes seemed tiny when I first cut them out. Don’t worry. They plump up nicely when they hit the hot oil.

Mix the cinnamon and sugar together in a bowl and melt the butter in the microwave. Make sure the bowls are big enough to be able to dip the donuts in later.

Get ready to fry the donuts and donut holes. Line a pan with paper towels to lay the donuts on after the donuts are fried. You want as much of the grease to drain off as possible as they cool.

Pour about an inch of oil in a pan. It doesn’t take much. The donuts need room to float as they fry. Heat the oil on medium to medium-high heat. I started mine out on medium-high. I ended up turning it down to medium. To test to see if the oil is hot enough, add one of the donut holes. If you add a donut hole before the oil is hot enough, the dough will absorb the oil and get soggy. Yuck!

If the oil is hot enough, the donut hole will sizzle and begin to plump up. Fry until the bottom is golden brown. Turn it over, brown the other side. Fry the rest of the donut holes. Watch them closely. They fry up fast! Lay them on the paper towel-lined pan you put together before.

Once the donut holes are done, add the donuts to the pan. I added four at a time. I wanted to make sure they had room to float around. Again, watch the donuts closely. They fry up fast! I fried mine for 30-45 seconds per side. It depends on how high your heat is on.

Add the donuts to the pan with the donut holes as they are finished frying.

Once the donuts are cool enough (but still warm) to touch, dip them into the melted butter. I dipped the first donut in the butter on both sides. That was too much for my taste. So I only dipped one side of the rest of the donuts. Use your own taste preferences.

Now dip them in the cinnamon and sugar. It will still stick to the side without butter (if you chose to only butter one side as I did), as long as the donut is still warm.

Make sure they aren’t too hot. Not only will they burn your fingers, but they will also melt your cinnamon and sugar.

All I can say is WOW! I ate one of these while it was still warm and it was heavenly! I never would’ve believed that anything so good could come from a little can of biscuits! YUM! I will be making these again. A LOT!

I will be trying out other sweet treats made from refrigerated dough, so check back here frequently.

Hmmm…I’m thinking I must make a cream-filled glazed biscuit dough donut next! My mouth is watering already!

Don’t forget! Click here to receive a printable copy of this recipe.

I made the cream-filled biscuit dough donuts. They were Ah-mazing! Click this link for the step-by-step tutorial.

Hello! My name is Leslie, I am so glad that you are here! This website is my serenity. This is where a lot of my ideas come to life. You will find crafts for the kiddos, DIYs for your home, crochet and so much more. Take a look around. I know there is something here for all of my new friends to share. To get to know me better click on the image of me to go to the ABOUT page. 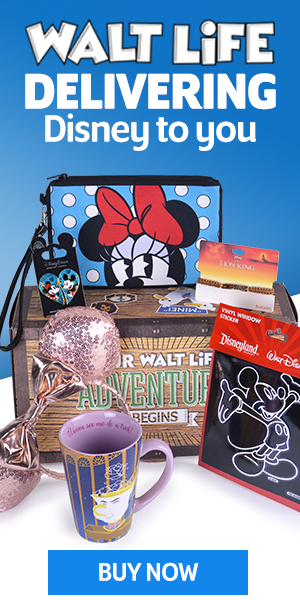 BE THE FIRST TO KNOW!

Thanks for signing up! Check your email for instructions.